When I first spoke to Dan Martinez about Mind Your Mind Central Oregon, I was immediately drawn to his kind and authentic nature. 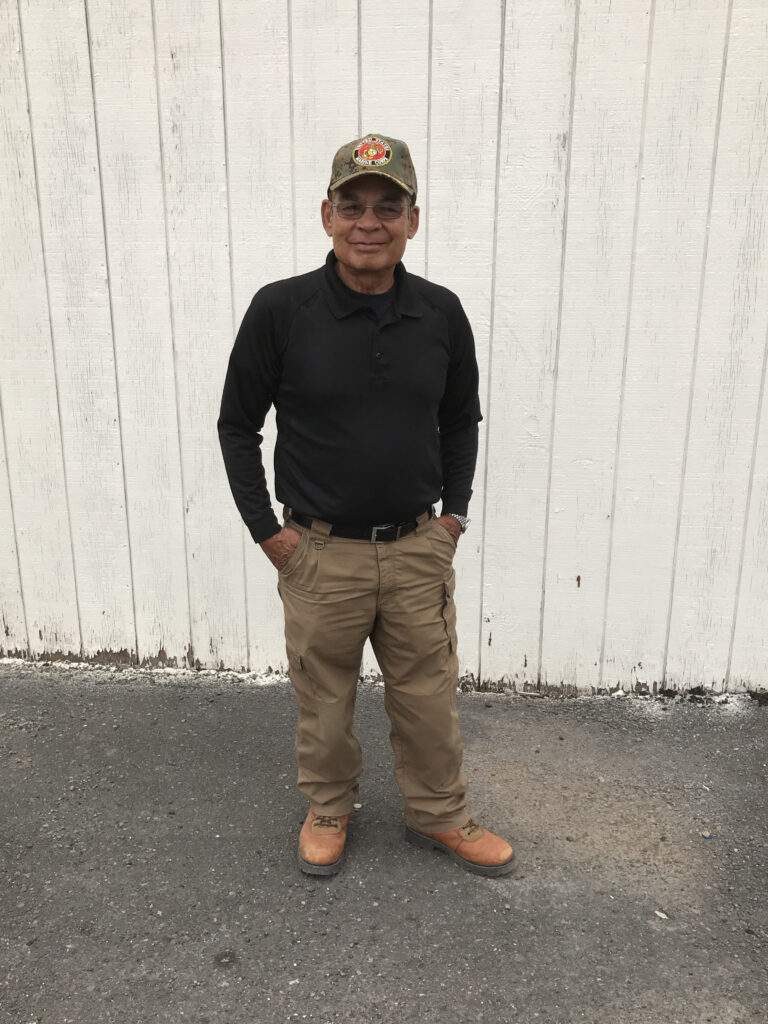 While he’s experienced an extraordinary amount of personal and professional stress over the past year, when I asked him about it, he talked openly and comfortably.

“I don’t know how to measure my stress,” he said. “I think being able to go home and talk to my wife and my family has helped me find my mental health.”

Martinez is the emergency manager for the Confederated Tribes of Warm Springs in Jefferson County. The community of Warm Springs, Oregon’s largest reservation, has faced a water crisis amid COVID-19 and record wildfires.

“With the water system down and no drinking water, we’ve been working to dispense water and food for quarantine and isolation. It’s been a roller coaster ride,” said Martinez who added at one point they were struggling to find hand sanitizer.

Born and raised by his single father in Salinas, California, Martinez is a United States Veteran who served as a Marine sergeant during the Vietnam War. After returning to the United States, he eventually settled in Warm Springs, the hometown of his late mother, Henrietta Kalama. In Warm Springs, he met his wife, raised a family and launched a career as an emergency medical technician for Warm Springs Fire & Safety. Soon he moved up in the agency, spending 17 years as fire chief.

“I think my first taste of mental health was in the Marine Corps when I learned about PTSD. We didn’t understand it. Either you were okay when you left [the service] or you weren’t,” he said.

Last year, as Martinez was working incredibly long hours to manage multiple crisis situations in his community, he received the most devastating news imaginable. His oldest son, Jacques Martinez who had been living in Las Vegas, Nevada, had lost his life to COVID-19. As Martinez was processing his own grief, he also had to figure out how to bring his son’s body back to Warm Springs to be buried on tribal land. Because of COVID-19 restrictions, flying was not an option.

“It took 30 days to get him home. My other son and I had to drive to get his body and bring it back. At that moment I became aware of my challenges. I understood what other families were dealing with during this crisis and COVID deaths,” said Martinez.

Growing up in different times

Martinez said that mental health was not a topic of conversation growing up.

“I kinda sensed when I was younger that it was a sign of weakness to cry or tell anyone you’re hurting,” he said. “My wife corrects me and I’ve learned that it’s okay.”

According to Martinez, his wife, Heather Crow-Martinez, has always been his best supporter and mental health advocate. Crow-Martinez has worked for Jefferson County Behavioral Health in Madras for more than 25 years and serves as Program Director. And their daughter middle son and twin grandkids have played a big part in his ability to cope with grief and stress.

“We’ve talked a lot about our love for Jacques. My kids and grandkids also teach me a lot of things. They are so open-minded and well-informed,” he said.

Beyond grief and loss, Martinez says his family has helped him reframe other things he learned growing up in a different generation.

“At one time, I had a hard time understanding things like transgender and gay relations. I know it’s an age thing and that it was built into my head. But in my heart, I believe that humans are humans and nobody needs to change or fix them. Sometimes my kids are smarter than me and I’m learning to be a better listener than talker,” said Martinez.

To mind his mind, Martinez soaks in the important things whenever he can. Supporting his community helps him reduce stress and anxiety and he’s not alone. Research shows that helping others can increase happiness and reduce stress.  For Martinez, spending time with his family is also key.

“I feel best when my wife and I are joining forces and sharing our thoughts. Also, you don’t know what joy is until you hold your grandkids,” he says.

Spending time outside and unplugging from technology are also important for mental health, says Martinez. “Just sitting on the river bank, listening to the water and catching a fish here and there helps. I like camping out and ignoring the world when I can.”

Linda Quon is Vice President and Director of Communication at Quon Design and Communication. Linda is working to promote everyday mental health awareness in partnership with Deschutes County Health Services and Central Oregon Health Council — which includes providers and health advocates from Crook, Jefferson, and Deschutes Counties. Linda was born and raised in Southern California and moved to Central Oregon with her husband and two children in 2005. Her mother lived with Schizophrenia and bi-polar disorder and her oldest brother also experienced bi-polar disorder. With support from family, friends, therapists and primary care providers, Linda has been navigating the world of mental illness most of her life — including her own struggles with mild anxiety and depression. Linda is proud to work as an advocate for mental health and a blogger for Mind Your Mind Central Oregon.
By mindyourmind|June 14th, 2021|MYM Blog|