Adam Williams shares thoughts about serving others, serving his country and minding our minds 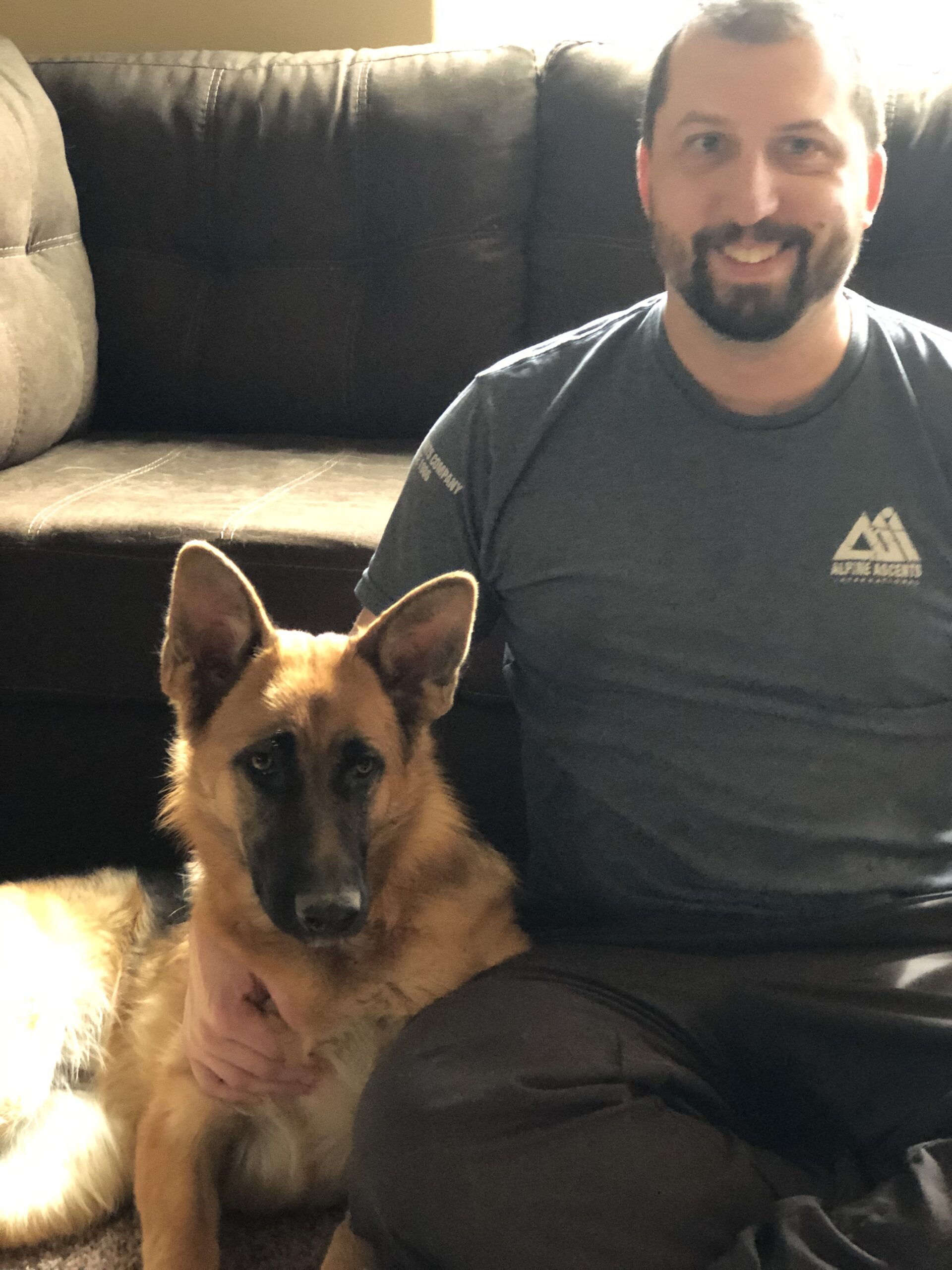 Adam Williams is a friendly, easy-to-talk-to 39-year-old guy and one of 2,500 veterans living in Crook County.

As director of Crook County Veteran’s Services, he spends most of his time talking with other veterans and their families, working to connect them with the support, resources and benefits they need. That’s why conversations about mental health, trauma and today’s political tensions seem to come easy for him.

“I use my own story and humor as icebreakers with a lot of the veterans I work with,” said Williams.  “One thing we veterans really need is to have someone validate us. Someone to remind us that it’s okay to feel whatever we’re feeling about the things we’ve experienced.

Someone to acknowledge that it’s real and it’s affected us and our lives.”

Williams was an infantry team leader in the US Army between 1999 and 2006. During that time, he served two combat tours.

“Unfortunately, I was serving in the infantry unit before there was much talk about mental health. We just did our jobs and sometimes it hit us harder than other times. There were times after an attack when we would sit with the chaplain as a group, but when our patrol timeframe was coming back around, we went back out like it was just another day,” Williams said.

When Williams’ returned from Iraq to his small home town of Morris Pennsylvania, (population 500), his family and friends said he seemed angry. Living in this remote town, he had to drive 1.5 hours to the VA hospital to get mental health support. It wasn’t working for him. Seven years later, he moved to Columbus Ohio, seeing a professional counselor and taking medication to manage a dual diagnosis of Post Traumatic Stress Disorder and Bipolar Type 2.

“I still have issues with anxiety and depression, but I’m able to manage it. People tell me I seem pretty normal and I tell them well, that’s because I’m medicated!” he laughed. ‘I’ve stayed on top of it and learned more about it over the years and now I can recognize when I’m going into a manic state so I don’t put myself in a bad position. I’m in a very manageable state with all of my stuff. I’m good. I don’t understand why people are not always willing to accept the fact that you can take medication for your mental health.”

The healing work of helping others

Supporting other veterans and their families is a big part of what helps Williams mind his mind. He is also a trainer for QPR (Question Train and Refer), a suicide prevention training program and says he finds that talking with others helps him as much as he hopes it helps them.

“Everyone needs the opportunity to talk about their experiences and feel deserving of support. Sometimes I talk with non combat veterans who feel ashamed asking for help even though they’ve suffered other serious types of trauma while serving,” he said. “Others may have an older family member who has also served and tells them they just have to ‘get over it’.”

“I know it’s just not that easy. That’s not the way that works,” he said.

Unplugging and getting outside

In addition to working with others, Williams has a few other strategies to help him manage stress, anxiety and depression. He starts by unplugging from work after office hours and on weekends whenever possible. Then he makes time to enjoy the beauty of Central Oregon by hiking, walking in the woods, hunting and kayaking.

“We have it so nice here. We truly do. Central Oregon is incredible and I wonder if people realize how different it is here. Within an hour or so you can be in just about any climate you want,” said Williams.

And then there are puppies

When I asked Williams what else helps him mind his mind on a daily basis, he was quick to mention his 8-month-0ld German Shepherd, Sasha.

“I’ve got my puppy and she’s a nightmare, but I wouldn’t trade her for the world,” he said and added that the friendly, energetic 60-pound girl gets along great with his girlfriend’s 12-pound Toy Aussie Shepherd, Obsidian. “We love to get them outside to run.”

When asked what he says to others struggling with anxiety, depression and stress, Williams said “Take that first step and talk to somebody. We have to normalize it and that’s a way to start.” He also suggested a few other resources.